Michal Krasenkow is a Polish Grandmaster, who's active in quite some chess related fields: coaching, writing and of course as a player. The Russian born Krasenkow also is a master in applied mathematics. As a trainer he worked for youth prodigies, countries as Poland and Turkey, and even Viswanathan Anand.

Ivan Sokolov is one of those flamboyant characters that tournaments are happy to welcome. He likes to stir things up, both on and off the board. Yes indeed, he still loves the game very much and still likes to be active as a player. But he has no real ambitions anymore on the board, he says. Some 30 to 40 games and several rapid tournaments a year will hunger the needs of one of the true attacking players of the game. Off the board, it's a different story. Sokolov just started as the vice-president of the European Chess Union. He has various clear plans on how to improve chess on the 'old continent'. He also works as a publishing program advisor and a writer at Thinkers Publishing and owns a video- and e-books publishing company named chesscastle.eu. In the last couple of years Sokolov wrote three middlegame books and two e-books. And he's done a lot of commentary, amonst others for the Olympiad and Tata Steel Chess. Last but not least the Dutchman with a Bosnian background is active as a trainer, mostly youth. Amongst his students was Lucas van Foreest, his opponent in his next big chess match, the University Challenge here in Groningen, a city he knowsÂ very well. 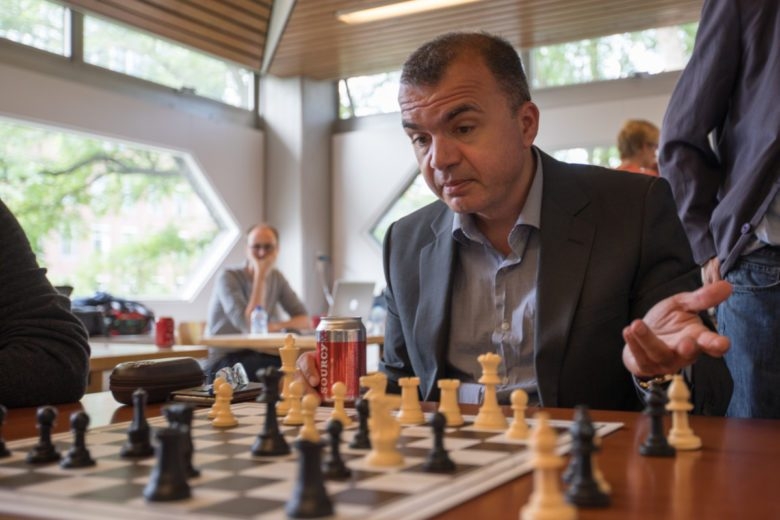 If you wouldn't play chess, in what sport you would (want to) be a professional? And of all professions? â
âI like âfootball, basketball, and boxing... But liking it and having the ability/talent to do it is not quite the same thing. âIf we suppose I was not a chess player (and also not in sports), I probably have had interest in financial markets.

According to you, how big is the factor luck in chess?
In chess, sports or life - you create your luck!

The Czech Grandmaster Vojta Plat is a welcome guest in Groningen; it's already his fourth time he's attending the Chess Festival. Plat likes it so much in Groningen, that he brings along no less than five of his friends to this edition: Alexey Kislinsky, Martin Cerveny, Martin Simet, Ales Jedlicka, and Ottomar Ladva. The 24-years old Plat became an IM in 2009 and obtained the Grandmaster-title in 2017. He currently has a rating of 2550. Since several years now he is living the life of a chess professional, butÂ he's not the typeÂ that stays home to study chess in solitude all day, every day. Plat very much likes the social aspect of the chess community: the After Chess program during the tournament and a nice glass of beerÂ in good company seem almost as important to him as his results behind the board. 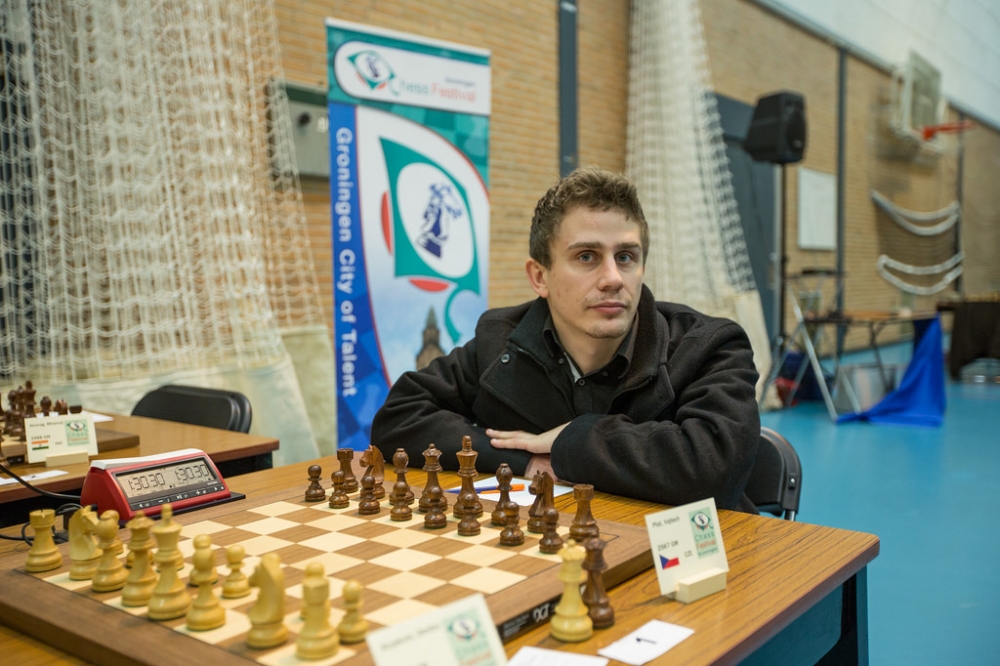 According to you, how big is the factor luck in chess?
Fortunately, chess is about skills. Well, there is also a factor of luck, but minimally. Not like in poker for example.

It's fair to say chess is in Lucas van Foreest's blood. His three year older brother Jorden and 11-year-old sister Machteld are among the very best players in the world in their consecutive age groups, and one could say the same from Lucas (age 17, rating 2499). His great-great grandfathers Dirk and Arnold became Dutch champions as well as Jorden, one thing Lucas wants to become one day too. He recently obtained the GM-title, and for the long run, his aim is reaching a rating of 2700. Although chess is a prominent factor in his life, Van Foreest has many interests (e.g. politics) and wants to develop himself in different ways. His general goal is to build a successful career, chess related or not. For now, he's combining high-school with the life of a chess professional. He just played a tournament in Saint Louis and after the University Match in Groningen he's playing the strong B-group of TATA Steel Chess. He expects the match against Ivan Sokolov to be very interesting with chances for both sides. 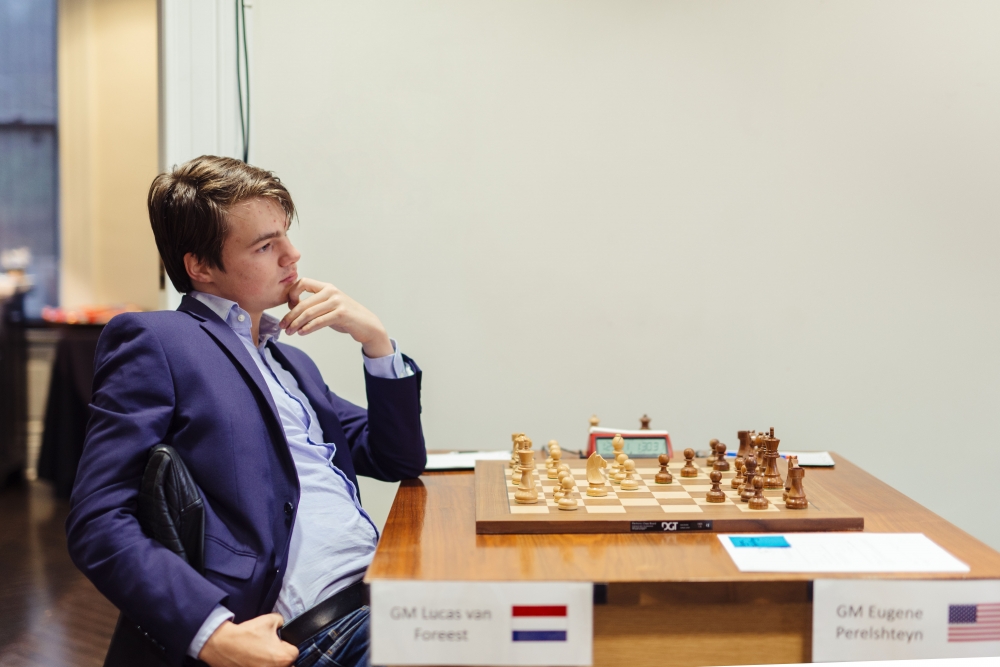 If you wouldn't play chess, in what sport you would (want to) be a professional? And of all professions?
Arm-wrestler, or a cook.

According to you, how big is the factor luck in chess?
I don't know how big of a factor luck is, but for some reason, the stronger player is always the lucky one. Just looking at one game, the factor seems to be quite big, For this, it is easily possible to beat a much stronger player. But in the long term, just like in poker, it will not play a big role.

GM Sipke Ernst (1979) divides his time about equally between playing chess and coaching. He moved to Groningen as a student, holds an MA degree in Dutch Language and Culture from the University of Groningen, and can definitely be called a âlocal heroâ. The six-time Chess Festival winner plays for chess club Groninger Combinatie. Winning several tournaments around the world and playing in the German, Belgian, French, and Spanish league, he is, however, not just a local hero. This year he became second in the Dutch Championships, just missing the title after a hard-fought tie-break against Loek van Wely. As a chess coach Ernst is very active too, coaching â mostly young - players from a wide variety of countries such as India, South-Africa, the U.S., and Germany. With his experience and a rating of 2532 itâs fair to say that he might also be one of the favourites to win this yearâs edition of the Chess Festival. 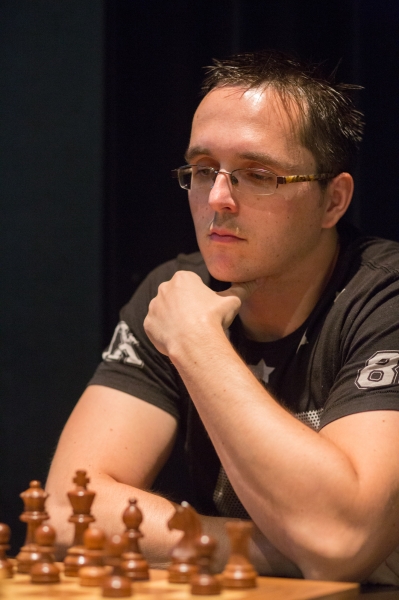 How would you describe your playing style? Has it changed during the course of years?
My playing style is 'jazzy'. When I was young I played like a bulldozer.Â

AÂ chess game can be quite stressful. How do you cope with that?
I actually wish I experienced a bit more stress during a gameâ¦Â

During the last edition of the Chess Festival FM Nick Maatman (1995) beat rating favourite Krasenkow, scoring his second IM norm. This year Maatman is ready for some more major upsets. Maatman studies Finance & Control in Groningen and plays for chess club SISSA. His ambitions in âreal lifeâ - as he calls it - are still to be discovered, but in chess itâs quit clear. With a rating of 2367, steadily growing, and one norm to go, the IM title seems to be a matter of time. 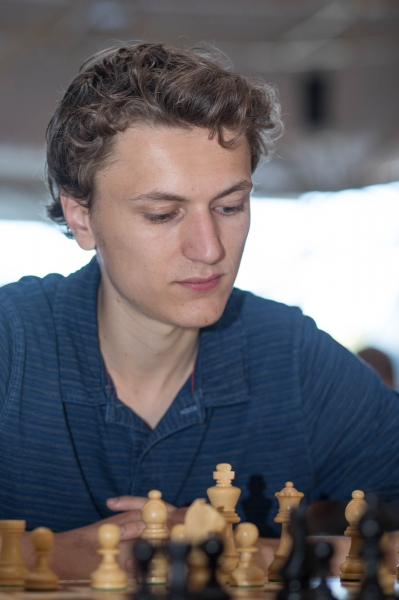 How would you describe your playing style?
I always feel that it is hard to describe your own style. I am not a very practical player, I will always try to find the best move which often leads to games where both players find themselves in time trouble. I am trying to become a bit more practical, I am currently trying to rely more on my intuition and speed up my game.

What is your favourite opening? And what is your favourite opening you never play?
The one opening that I have consistently played during my youth is the French. It is definitely not the best option available versus 1. e4, but itâs the opening that I have the best results with. As white I have almost always played 1. d4 and I donât mind facing obscure openings like the Tarrasch, Budapest and Albin Countergambit.

Eelke de Boer (2003) is one of Groningenâs most talented young players. In a city with a lot of strong young players, that ought to tell us something. Eelke played his first real chess games at the youth tournament of our Chess Festival in 2009. He won second prize in his group and was awarded his first trophy by Robin van Kampen, who then played a match against Jan Timman that year (the first match-up between young and old on the festival). Later on, Eelke went on to become four times Dutch champion in his age group and last September he reached 5th place at the European Championship, just missing the title. He has already beaten some GMs and his rating has crossed the 2300 barrier. Now itâs Eelkes turn to represent the City of Talent in a match against GM Dennis de Vreugt. 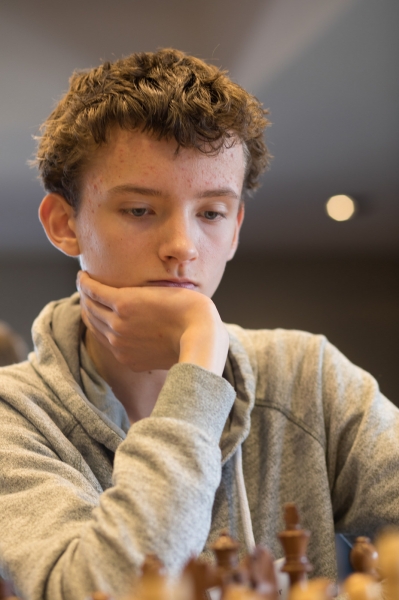 How would you describe your playing style? Has it changed during the course of years?
In my first years of chess I was a very aggressive player and I still am, but my attacking skills are much more refined now. I think my style has changed in the sense that if I have the choice between a sharp, double-edged position and a position in which I have a small but stable edge, I would choose the latter.

What is your favourite opening? Is there also an opening you like but have never played?
My favourite opening is the King's Indian, when played well. I have always thought the Benko gambit would be quite fun to play.

WGM Melanie Lubbe (1990) is no stranger to Groningen. She obtained her masters degree in Organizational Psychology from the University of Groningen and also regularly plays for the cityâs chess club SISSA. She started working in human resources in Braunschweig, Germany, where she lives together with her husband Nikolas Lubbe (who by the way is also attending the Chess Festival). Besides her âreal jobâ she also presents several shows on Chess24. Her ambition off the board is to enjoy her job while still finding time for family and friends as well as sports and chess. With three IM norms already in the pocket, she hopes to improve her rating of 2345 to get her IM title. 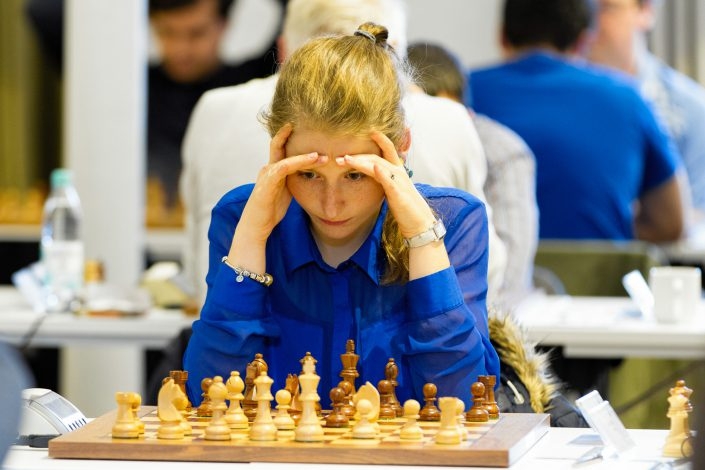 What do you think of the city of Groningen?
Oh, I do love the city with its charming atmosphere, its cosy stores and cafes and hundreds of bicycles. When doing my masters degree here, I took Groningen to my heart.

How would you describe your playing style? Did it change during the course of years?
I prefer complicated positions with lots of tactical motives and opportunities. However, I am not afraid of queen exchanges anymore, like I used to be.

Maxim Turov (1979) is a Russian Grandmaster and, according to his answers, one of the more relaxed ones. Of course he takes chess seriously, as his rating suggests (2618), but at the same time the pleasure of the game seems at least as important to him. Among many other tournaments, he won the Dutch Open in Dieren in 2005 and 2011. Turov now primarily works as a coach. Since 2016 he and his family have been based in St. Petersburg and before that in Tromso, Norway. His students vary from the age of 8 till 88 and from beginners till national team members. 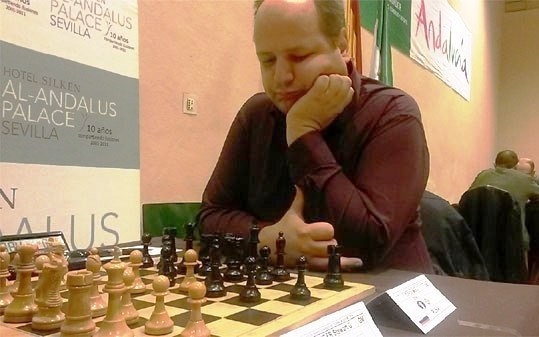 How would you describe your playing style?
In my opinion, the term âplaying styleâ has gone... Nowadays if one is not flexible and universal, one is not a chess player.

How do you cope with stress behind the board?
I think life could be way more stressful than any game of chess. Yes, it's a very nice and deep game, but we all are moving wooden pieces... Not a big deal if something went wrong. 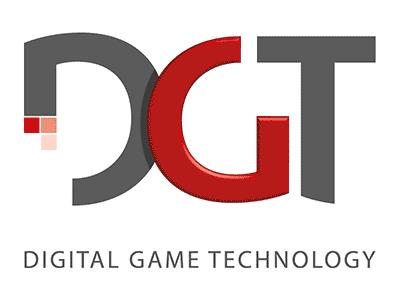 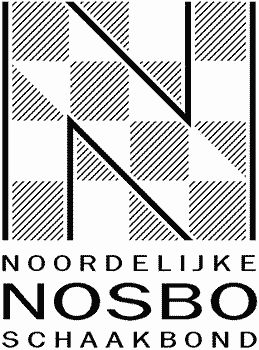 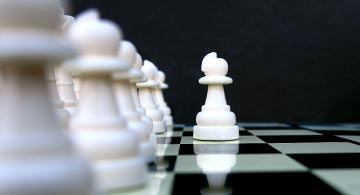 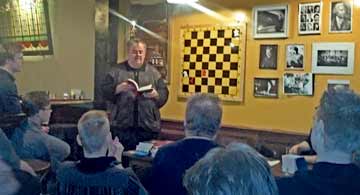 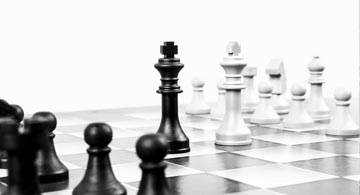